There are many reasons why he has been left out. I will discuss you about reasons and how that will benefit the Indian cricket team.

The current form of MS Dhoni is very bad as we can see the stats in his previous 10 matches.

He has only managed only one 50 run score vs South Africa.

In his entire T20 international he has crossed 50 runs mark only 2 times.

If we keep in mind that T20 world cup is coming and that is going to be played in 2020, I don't think Dhoni will be the part of that tournament.

So if India team has to win the upcoming T20 International then they need to give chances to Dinesh Karthik or Rishabh Pant so that they can gain confidence ahead of a major upcoming tournament.

So the call of selectors is right to drop him from the upcoming T20 series with West Indies and Australia. This will give him a chance to rest and spend some time with his family or friends.

As we all know the kind of contribution MS Dhoni does for the team like he has many plans in his mind to get over any situation in the match. And the replacement in term of Dinesh Karthik or Risabh Pant is not that productive enough as MS Dhoni.

Recently MS Dhoni has created a record of fastest stumping in 0.08 second and broken his own record of 0.09 second. We also have seen MS Dhoni giving training to Risabh Pant of wicket keeping, but it will take Risabh Pant or Dinesh Karthik to do such fast stumping than Dhoni.

Risabh Pant is an exciting player as we have seen him playing in IPL where he was leading run-scorer for his team Delhi Daredevils. He has got good power to hit the sixes out of the ground but he needs to learn more to finish the game like MS Dhoni and also to work on wicketkeeping skills.

So it is a great chance for him as well as Dinesh Karthik to fought for the wicketkeeping place after MS Dhoni. As per the current situation and if we keep age factor Dhoni is now 38 years and probably he will retire after 2019 ODI world cup.

In recent times in limited over cricket Risabh Pant strike rate is far better than that of MS Dhoni. MSD is taking lot of balls to settle down and after settling down he is not able to increase his strike rate which we have already seen in the match vs NZ where Virat Kohli was scoring at strike rate of 160 and dhoni was batting at strike rate of 80 in T20 match.

We can already seen that after a test series defeat against Australia Dhoni Steps down from captain in Test Cricket and have announced retirement. In his own biopic he mentined that he is doing national duty. Now its good time for him to retire from T20 international and give chance to youngsters. 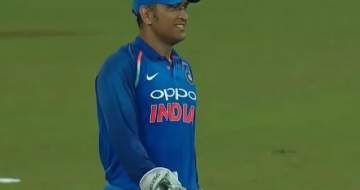 Yuvraj Singh’s father Yograj Singh has been in the news recently more for criticising MS Dhoni.… 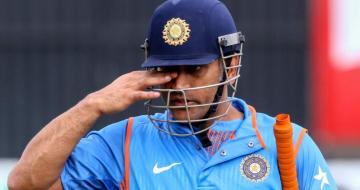 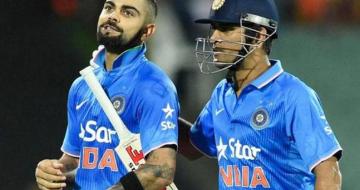 Ms dhoni reveals why he left T20 and ODI captaincy

Ms Dhoni had given up the test  captaincy in december 2014.Team India's most sucessfull captain…